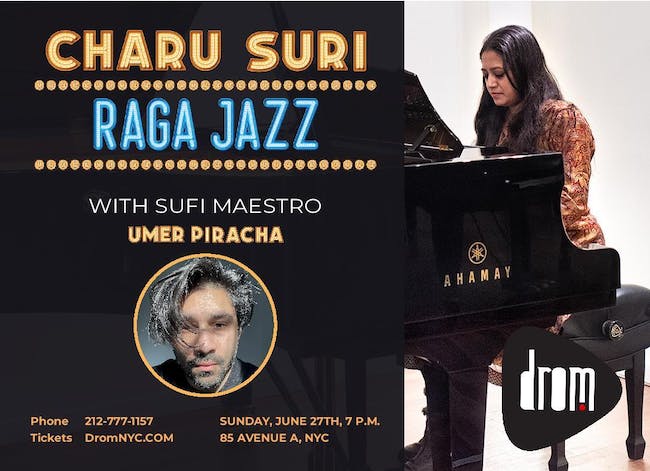 Charu Suri is an award-winning pianist, composer and journalist who became the first Indian born jazz composer at Carnegie Hall. She has been praised with creating a new sound in jazz, blending a trio with Sufi vocals and Indian ragas. She is also an award-winning journalist who has contributed hundreds of articles to publications including The New York Times, The Wall Street Journal, National Geographic, Condé Nast Traveler, Architectural Digest and The Washington Post. Her first original album, "Lollipops for Breakfast,” won a Global Music Award, as did her latest releases, “The Book of Ragas" scored for a trio and a Sufi singer, and The New American Songbook with the vocal talents of Danielle Erin Rhodes. Her work has been performed by cellist Yo-Yo Ma and double bassist, Edgar Meyer. She is a voting member of the Recording Academy (GRAMMYs).

For Umer Piracha, sufi music was a constant soundtrack as he grew up. He was born and raised in Multan, a city in the Punjab province of Pakistan that’s also home to a rich history of Sufism, a mystic tradition of Islam and the devotional music that goes along with it.

“Sufi music, that was always performed outside the shrines of saints in my hometown,” said Piracha, who all the while trained as the designated chanter of the more traditional Koran verses at school. “It was just part of the fabric of living.”

But it wasn’t until Piracha moved thousands of miles away to Pennsylvania that he developed an even closer relationship with this rich music tradition.

Moving to the United States

At 18, Piracha began his studies at Franklin and Marshall College in Lancaster, where he enjoyed playing guitar and gravitated toward singing covers of bands like the Red Hot Chili Peppers and Radiohead.

But at the same time, he developed a longing for home. He recalls connecting with other friends from Pakistan who shared this experience. They’d eat Pakistani food together and spend a lot of time listening to traditionally Sufi music, specifically that of Nusrat Fateh Ali Khan, one of Pakistan’s most renowned singers. 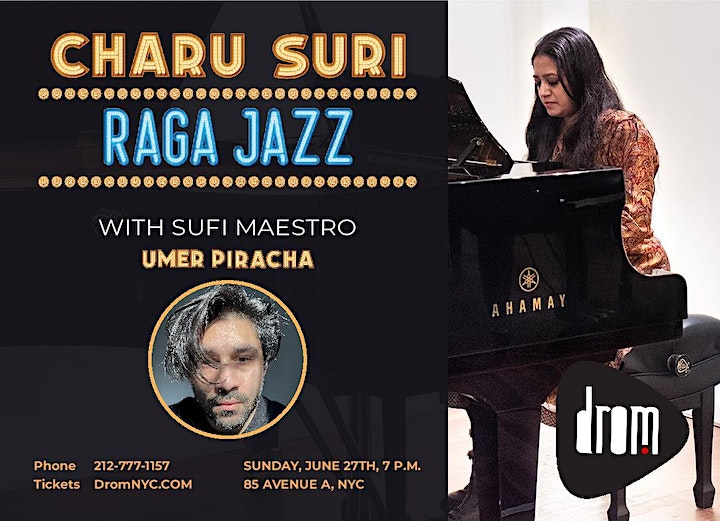