Ara Dinkjian continues to compose, perform, record, and teach, while creating his own unique musical landscape.

This concert includes a special from Selendi wines, with discounted prices. They are in limited quantity, ask your server for Selendi wine.

Ara Dinkjian is an Armenian born in America in 1958. His earliest professional musical experience was accompanying his father Onnik Dinkjian, a renowned Armenian folk and liturgical singer.

Ara learned several Western and Eastern instruments (piano, guitar, dumbeg, clarinet) and in 1980 graduated from the Hartt College of Music, earning the country’s first and only special degree in the instrument for which he has become most well-known, the oud.

For over 40 years, he served as organist in the Armenian Apostolic Church. Throughout his musical life, Ara has continued to develop his highly personal compositional style which blends his eastern and western roots. In 1985, to help realize these compositions and musical concepts, Ara formed his instrumental quartet, Night Ark, which recorded four CDs for RCA/BMG and Universal/PolyGram. Night Ark’s recordings and world-wide concert tours were highly influential for musicians and music lovers throughout the world because they demonstrated how music can be progressive and creative while still retaining the dignity and soul of one’s culture.

This concert includes a special from Selendi wines, with discounted prices. They are in limited quantity, ask your server for Selendi wine. 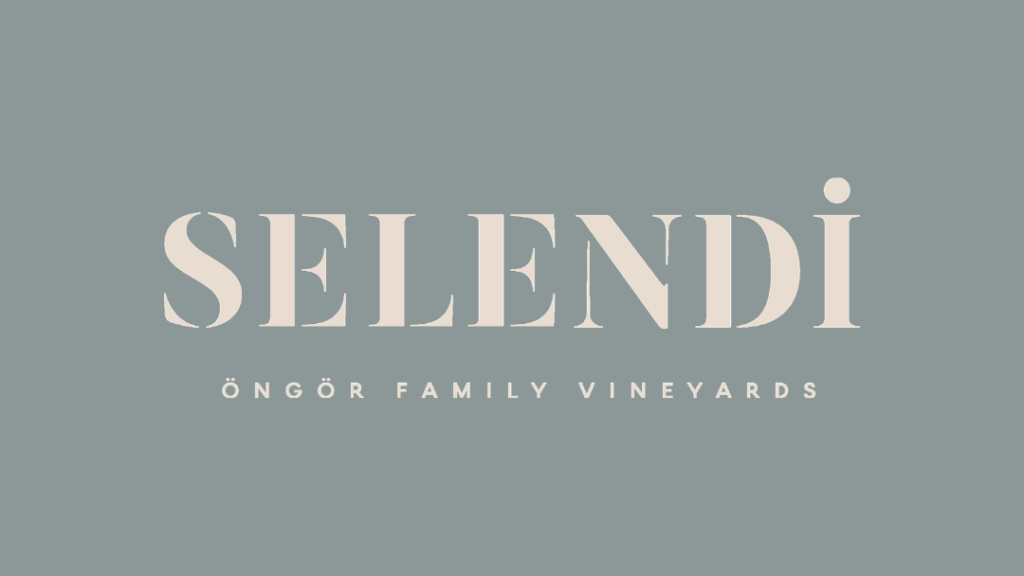 The Ongor Family Vineyards were established in 2000 by Akin Ongor. He began this adventure out of a deep appreciation for the glowing and fertile land, an unshakable entrepreneurial spirit and insatiable desire for challenge. As one of Turkey’s most admired leaders he is revered for his business acumen, his passion for social, environmental and corporate responsibility and his unsurpassed joie de vivre.

The Ongor family oversees the Selendi operations meticulously. Trusting their instincts and enlisting the most internationally renowned professionals to guide the complex winemaking process, together, over the past two decades, they have created an award winning portfolio.

Selendi began as a passion project 20 years ago and the success of the brand is a testament to dedication and a deep appreciation for nature. 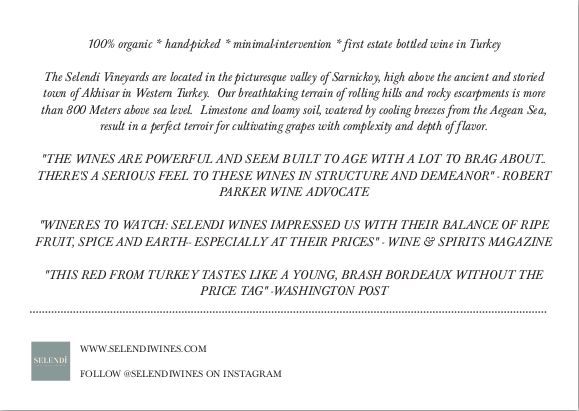