Join Lakou Mizik for a night of Haitian dance and powerful energy!

Lakou Mizik is a powerhouse collective of Haitian roots music with a soulful energy. They have a mix of styles that feels mystical and familiar at the same time. In the wake of Haiti’s devastating earthquake, the band came together to show the world that their country was much more than the sum of headlines that were being shot around the globe.

Today with their positive messages and roots of revival music, they have become one of Haiti’s hottest exports. Lakou Mizik has  gained an international following with their critically acclaimed debut album “Wa Di Yo”. Lakou Mizik has dance inducing live shows with their soulful music.

“Haiti” is a word that conjures up a lot of images -it is a country judged by many, most of whom have never set foot on its shores. But its history is rich, its people proud and defiant, and nowhere is that more evident than in its music. Culture is what defines the country – its drums and Vaksins (horns) are symbols of freedom and pride, liberty and struggle, and the joy of dancing.

HaitiaNola is a once-in-a-lifetime album that brings together Haitian roots revival collective Lakou Mizik and an incredible line-up of guest artists from the New Orleans music scene. The project was inspired by the historical, cultural and spiritual connections between the people and music of New Orleans and Haiti. HaitiaNola will be released worldwide by Cumbancha on October 25th, 2019 in CD, LP and digital formats. Mardi Gras and Kanaval traditions mix together like long-lost family members throughout the 14-track album, which was the result of a series of recording sessions in the Big Easy and Haiti. Presided over by GRAMMY-winning New Orleans producer Eric Heigle (Lost Bayou Ramblers, Arcade Fire, The Soul Rebels), guest artists on Haitia Nola include Trombone Shorty, Tank from Tank & The Bangas, Win Butler & Régine Chassagne of Arcade Fire, Preservation Hall Jazz Band, Cyril Neville, Jon Cleary, Leyla McCalla, The Soul Rebels, Lost Bayou Ramblers, 79rs Gang, Raja Kassis (Antibalas), and Anders Osborne, among others. These unique collaborations helped shape the album’s gritty, funk-fueled energy – sometimes mystical and always carefree.

THE GLOBAL PRESS RAVES ABOUT HAITIANOLA:

“A life-affirming, joyous statement that will have you leaping up and

dancing. I defy anyone to listen and stand still.”

“A landmark in Caribbean music.”
– NPR’s All Things Considered

“A joy to experience. Stunning.”

“Hooting horns from Haiti’s rara carnival tradition mix with the
Preservation Hall Jazz Band; there’s percussion from all sides and

“A joyous combination of Haitian music of all genres.”

“The opener, ‘Renmen’, is brightened by the Preservation Hall Jazz
Band, with bursts of brass underlining the celebration of love, and a
clarinet solo from Charlie Gabriel bubbling up like Mozart relocated

to the Lower Ninth.”
– Financial Times
“One to play on repeat.”

“This is only Lakou Mizik’s second release, but it is as good a
Haitian album as I’ve heard in years—adventurous, original,
inspiring and a shot in the arm for anyone tempted to let life’s woes

get them down.”
– Afropop Worldwide

AVAILABLE IN CD, VINYL AND DIGITAL

Lakou Mizik’s most recent release, Leave the Bones, is a collaboration with British DJ Joe Ray, a Grammy winner and founding member of the pioneering Platinum selling trio Nero. Leave the Bones paints a musical portrait, a fresh glimpse of an oft misrepresented country. Through Vodou chants, chest-pounding Rara dance tunes and contemporary protest songs, the record conveys the listener to Haiti’s spiritual heart, a place that remains a compelling mystery for foreigners and a source of pride for every Haitian. 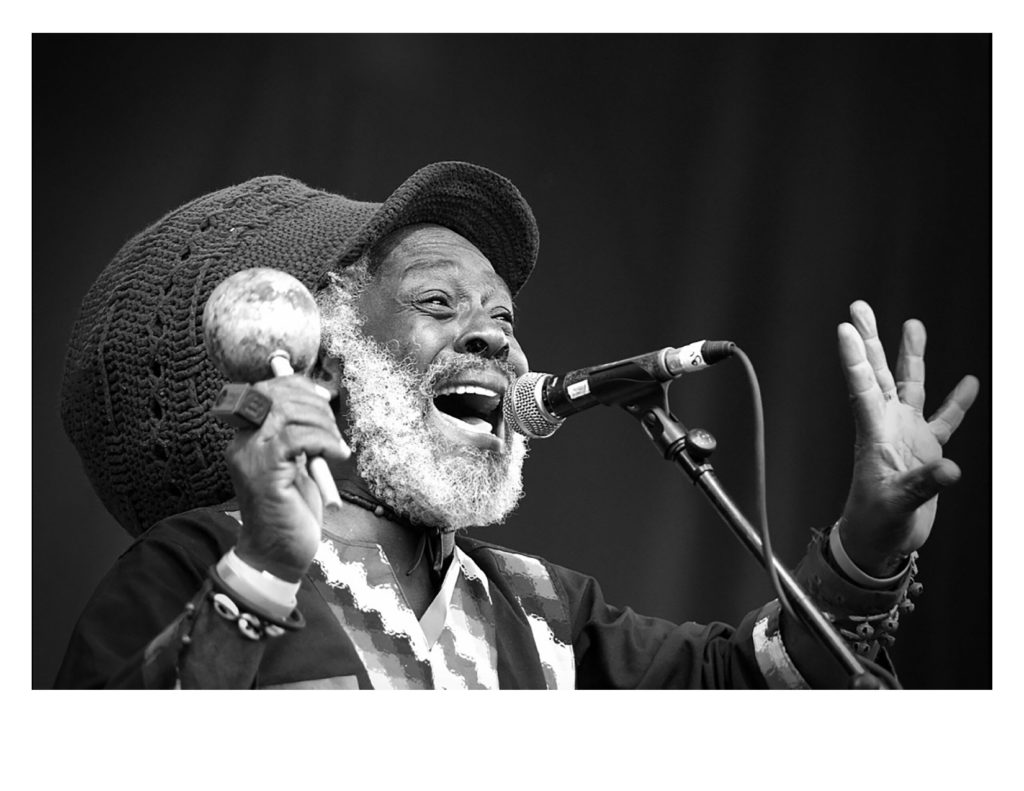