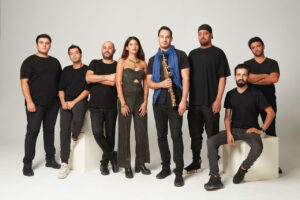 Saxophonist and composer Yacine Boularès’ passion lies in the foregrounding of the innovations and experiences of artists from the southwest Asian and northern African diaspora. The Tunis Opera-commissioned Night in Tunisia, a feature-length recontextualization of the Dizzy Gillespie classic through the prism of modern and classical Tunisian song traditions, offers a full expression of Boularès’ imagination and skill. Alongside rapper Mehdi WMD and singer Nessrine Jabeur, Boularès and his ensemble follow the complex threads connecting African, American, and European musical history. Night in Tunisia is a poetic odyssey fusing jazz, hip hop in Arabic, soul, Mezwed, Chaabi, and Stambali into a utopian and truly global sound. 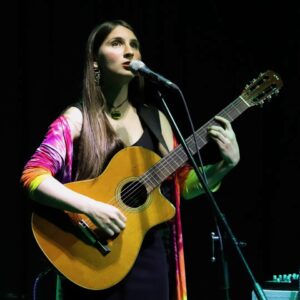 Maya Burns is a bilingual singer-songwriter, composer and multi-instrumentalist. Born in California, raised in Ensenada, Mexico, Maya learned to speak Spanish by singing rancheras songs at a very early age. In 2018, at the age of 19, she moved to Mexico City to develop her career and rapidly became a part of the independent music scene, where she presents an unique music style blending ranchero, nueva canción, rock, folk, funk and jazz. 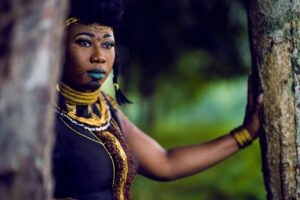 Djely Tapa is a singer-songwriter based in Montreal. Her first album Barokan evokes the African blues and the vibrations of the Sahel and is tinged with electro.

“I’m heading for the future with African heritage,” she told TV5 Monde early in 2019, speaking of her album. The result is a bold, critically acclaimed production in which Mandinka traditions and desert blues billow pleasingly beneath a fascinating synthetic breeze. This Montréal-based griot, with her magnificent and powerful voice, is a convinced feminist; the 11 songs of Barokan, performed in the Mandinka, Bambara and Kassonke languages, pay tribute to the strength of African women and to youth, together with calls for the protection of water resources. Djely Tapa was named Révélation Radio-Canada in world music in 2019, received the Juno for Best world music album in 2020 for Barokan, and the Prix Opus for Inclusion and diversity offered by Conseil Québécois de la musique in 2021, and another Juno Awards for Best world music album 2022 with her other group Afrikana Soul Sister. 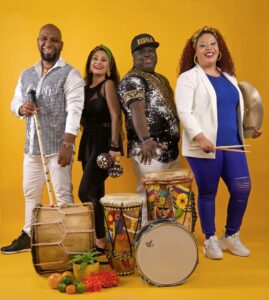 Grupo Rebolu is an Afro-Colombian musical ensemble comprised of some of the finest Colombian musicians in the United States. The group was created from the desire of Ronald Polo, (vocalist/composer/gaitero), Moris Canate, (master folkloric percussionist), and later on Johanna Castaneda (Vocalist/musician) and Erica “Kika” Parra, (Drummer) to promote the rich musical traditions of their ancestors; the afro-descendants of Colombia’s Caribbean coast. From traditional songs to original compositions, the entirely of Rebolu’s repertoire is loaded with energy, history and danceability. Their unique reinterpretations of traditional Afro-Colombian rhythms such as Gaita, Tambora, Chalupa and Bullerengue, among others, make it extremely well suited for festivals, concerts, cultural events and more music venues. 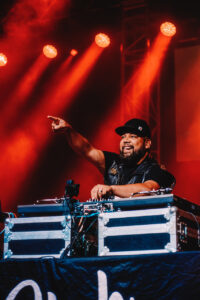 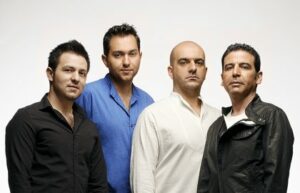 With their unique blend of virtuosity and showmanship, the New York Gypsy All-stars perform everything from traditional world music to their own compositions and arrangements which highlight their diverse cultural backgrounds. NYGA appear regularly in North and South America, Asia, Australia and throughout Europe at the invitation of prestigious concert halls and festivals such as the Deutsche Kammerphilharmonie Bremen, Boulez Saal in Berlin, Konzerthaus Dortmund, Mecklenburg-Vorpommern Festival, Odeon Ankara, Balkan Trafik Festival Brussels, Music Meeting Nijmegen, Masala Weltbeat Festival Hannover, Sommer in Lesmona, and many more. 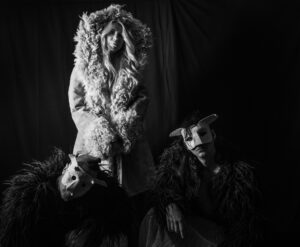 Balaklava Blues are folk-noir trench-fighters on the cultural front of Ukraine’s battle for democracy and freedom. They mix thousand year-old polyphonic traditions with personal stories and sounds of revolution and war and stunning visuals that blend folk motifs with contemporary expressions of power, vulnerability and trauma. Think Dakha Brakha remixed by A Tribe Called Red and then played live by Thom Yorke fronting Portishead. Timely and emotional, their multimedia live show builds empathy and understanding when we need it most and speaks to universal themes of identity crisis, displacement and oppression through deeply personal and specific Ukrainian experiences and music.