Yiddish New York’s Summer Klezmer Extravaganza with
Frank London’s Klezmer Brass Allstars + Jake Shulmen-Ment’s Fidl Kapelye
special guests
Zhenya Lopatnik, Sarah Gordon, Margot Leverett + Lorin Sklamberg
* Dance party with Steve Weintraub *
* Massive Klezmer Jam Session * All invited *
featuring Pete Rushefsky, Yoshie Fruchter, David Licht, Dan Blacksberg, Brian Drye, Aaron Alexander, and many more
Curated by Frank London
In the early 19th Century, before the transformation of Israel, the deterioration of the old traditions of Yiddish and East European Jews, and the migration to the new worlds, there was a notorious band known as “Di Shikere Kapelye”or ” The Inebriated Orchestra”. There is very little information that is solid fact behind this story, however we do know, from either oral accounts that were passed down through friends and families, the original band members, and from court records of irate clients and rigid governments who pressed charges against the wild band. They were often asked to perform but never invited to stay, perhaps due to the spontaneous musical collaborations in the main plazas of various towns after all the bars and pubs had closed. As the group became known more for their rebellious behaviors rather than their musical talents, many members separated from the original band and formed new bands that mixed dizzy sounds and undefined dances. Their far-reaching repertoire became a strong influence for the future of klezmorin.
The original styles of klezmorim, have failed to surface until a number of extraordinary brass musicians were brought together by Frank London. The group of musicians met in “New York City’s Knitting Factory” bar to combine their knowledge, history and talents and create magical sounds together. They threw back several cocktails in memory of the old traditions and uncovered secrets and tales of the incredible lost sounds, creating “Frank London’s Klezmer Brass Allstars”. 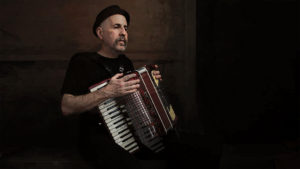 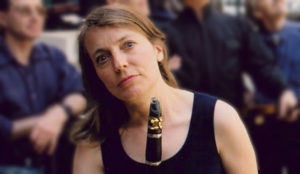 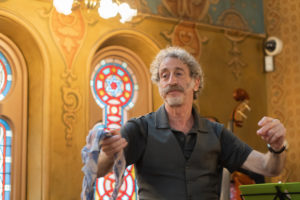 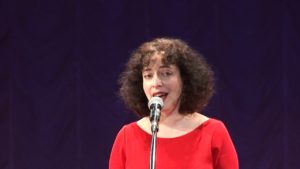 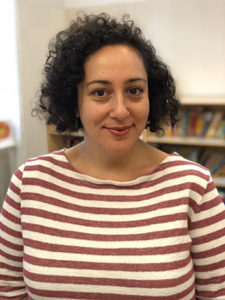 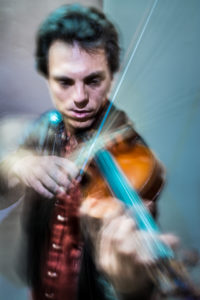 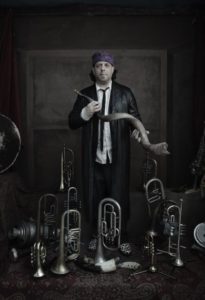